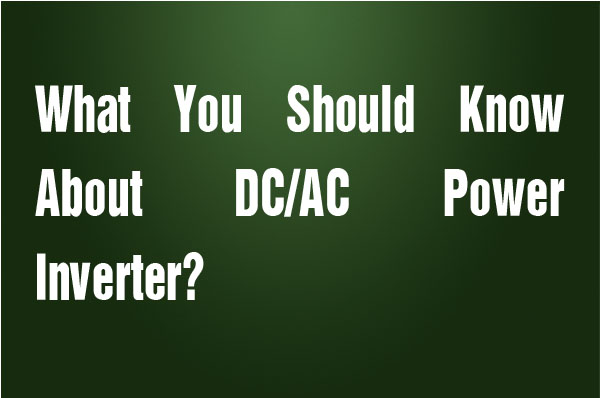 Know the difference between pure and modified sine wave power inverters? You do now.

Contractors today need flexible and mobile power solutions. A strong mobile power source helps to cut cost on the job site. It cuts cost of fuel and maintenance on a generator. It makes it easy to do a simple job quickly, with little or no set-up.

Power inverters are applicable in many different industries. They are deployed in fleet and service vehicles. You can also find power inverters on the job site and in the office for back-up power.

Let’s go back to high school for a second: what is a sine wave? An inverter’s sine wave is the type of power it is producing. 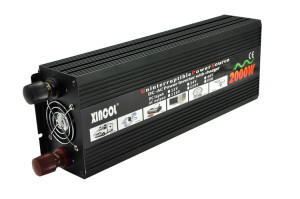 One of the most popular power inverter products available today are inverter chargers. These are all-in-one units; they have a power inverter, charger and a built-in transfer switch. These units are available in both pure sine and modified sine wave versions. They have the ability to act as a back-up power device.

These units connect to city power and when AC is available the batteries are charging. When there is no AC power present, the unit switches to run off the batteries.  They are great for backing up sump pumps and also very popular in RV’s and boats, as well as for emergency back-up power in the home. If you are using an inverter charger in a work vehicle, you can plug this unit into AC power to recharge the battery bank at the end of the work day. This way your batteries are fully charged for your next job.

Industrial grade power inverters will also have a wider operating range, which means they can handle colder temperatures and higher heat environments. If you are looking for a true industrial grade product, make sure it has the extended surge time and extreme temperature capabilities.

Power inverters are being used around the globe in many different applications. You can find them being used daily in charter buses, work trucks and company vans. They power many different types of devices, including freezers, air compressors, x-ray equipment and power tools. In many countries where AC power is unreliable or unavailable, you will find power inverters running businesses and homes. Here in the United States and other areas of the world, the demand for power inverters for emergency back-up power in homes is growing rapidly.