Chinese are open to paying more for auto driving features 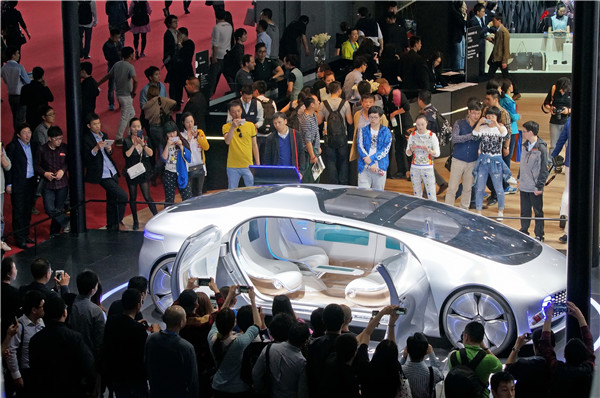 Recent research has found Chinese are open to paying more to have auto-driving features in their vehicles and the country is expected to become the largest market for autonomous vehicles in 20 years.

United States management consulting company Boston Consulting Group reported in January that nearly 40 percent of customers in China are willing to pay more than $5,000 for a fully autonomous function. The country ranked eighth among the 10 countries with the most consumers willing to pay for such a function, with Japan, India, and France having about 50 percent of surveyed customers willing to do so.

The company polled about 6,000 consumers from 27 cities in 10 countries, with about one-tenth of the respondents being Chinese consumers.

“Surprisingly, the No 1 reason for using autonomous vehicles is ‘no need to park the car’,” said Nikolaus Lang, senior partner and managing director of BCG Munich.

BCG found 43.5 percent of the surveyed drivers want their car to “drop me off, find a parking spotand park on its own,” and the number two benefit is to “allow me to multi-task or be productive during the drive”, with 39.6 percent of respondent selecting that in the survey.

Thomas Dauner, global leader of BCG’s Automotive practice, said: “People spend on averageone hour a day in a car. The driver will be able to use that time for reading and replying to e-mails, and work one hour less every day.”

BMW launched remote parking that allows the driver to stand outside the new 7-Series and park using the Display Key. Volkswagen’s trained parking system makes the e-Golf capable of driving to the spot by itself through a path recorded earlier. A Volvo V60 can find its way to a designated spot, and drive out of the lot, locate and stop in front of the user.

BMW launched remote parking that allows the driver to stand outside the new 7-Series and parkusing the Display Key. Volkswagen’s trained parking system makes the e-Golf capable of drivingto the spot by itself through a path recorded earlier. A Volvo V60 can find its way to a designated spot, and drive out of the lot, locate and stop in front of the user.

Premium car makers were eager to demonstrate last year their fully autonomous drivingcapabilities allowing drivers to be hands off on public roads, including Mercedes-Benz, Audi,BMW, Volvo and Cadillac.

Tesla said it would upgrade the software in its current models remotely by mobiletelecommunications to make all its vehicles capable of autonomous driving.

Mercedes-Benz’ autonomous driving capable F 015 has front seats that rotate and allow thedriver and front-seat passenger to turn and interact with rear-seat passengers.

Dauner said, “The premium car makers show higher interest in autonomous driving than volumecarmakers, as their value is better justified.”

Marco Hecker, Deloitte’s China Auto Consulting Practice managing partner, said intelligent functions help car makers in brand building as they bring a halo effect to the brand, even thoughthe customer may not really use the function.

Qu Guochun, deputy director general of the machinery industry department under the Ministry ofIndustry and Information Technology, said, “Customers have started to focus on intelligent functions, and their demands are evolving, so the carmakers are accelerating their research anddevelopment on intelligent systems and have launched driving assist functions.”

In the first half of last year, industry experts said they expected single lane highway autopilot technology would be introduced in 2016. However, autonomous driving on highways was successfully tested by Mercedes-Benz, Audi, BMW and Volvo in 2015, and by Nissan in January.

Volvo expects to roll out 100 units of its fully autonomous car in real traffic for a trial in Sweden in 2017.

The majority of such tests are conducted in the United States, with several in Germany and Sweden. In China, BMW and Baidu worked together on an autonomous driving test, in December.

“We choose the city because the California regulator allowed us to do the test,” said chairman and CEO of Nissan Motor Carlos Ghosn in San Francisco ahead of an autonomous driving demonstration in January, “The situations vary from country to country.”

Chinese laws do not have clear terms on autonomous driving, but they forbid a driver from taking both hands off the steering wheel.

KPMG’s Global Automotive Executive Survey released in January shows China has become the No 1 place to pilot new innovations or launch new products according to 16 percent of this year’sexecutives, followed by Germany and the US.